Mermaid-y Interview with L. K. Madigan and Giveaway of The Mermaid's Mirror, Matched, and Paranormalcy!!!

I have a treat for you today: an interview with L. K. Madigan, author of Morris-award-winning FLASH BURNOUT and the upcoming THE MERMAID'S MIRROR (releases Oct. 4th), which is a lovely story with very real contemporary characters and a magical underwater world that I already want more of. I asked her if she'd talk mermaids with me and not only did she say yes, she threw in two ARCs for me to give away, PARANORMALCY and MATCHED! I'm giving away those two and an ARC of her new book, details after the interview.

I know why I was drawn to mermaids when I was a little girl and ever since (at least, I have some theories...psychologists may differ...

This is a great question, and I’m glad you asked, because I really had to search my childhood memories. My fascination with mermaids has been life-long, so it took me awhile to pinpoint the beginning. 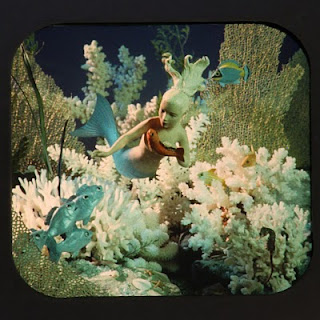 I believe I can trace my mermaid-love back to a vintage View-Master reel of Hans Christian Anderson Tales, one of which was “The Little Mermaid.” Not the Disney version … this was long before the animated film. (If you don’t know what a View-Master is, you can read about them here: http://en.wikipedia.org/wiki/View-Master. They were invented in Oregon! I had no idea.)

Those images appear amazingly low-tech now, but when I first saw them … they were mesmerizing. The mysterious underwater setting combined with the poignancy of Anderson’s tale left an indelible impression on me.

Interviewee note: Lisa actually bought this reel on eBay when I interviewed her and got her photographer friend, Brian McLernon, to use all of his super close-up gear to turn them into visible images. Is this not the coolest interview ever? Thank you, Brian!

You first wrote about mermaids when you were eight years old with a 78 page manuscript called Mermaid's Fun. 78 pages is a LOT to write for an eight year old, I must say. And even as an adult I know this book has gone through some evolution. How have your fictional mermaids in general and this story in particular change over time?

The mermaids in my childhood manuscript sounded a lot like my sister, my friends, and me … except they possessed tails and the ability to breathe underwater. The mermaid who most resembled me was, funnily enough, a princess!

The characters in The Mermaid’s Mirror are purely fictional, both the humans and the mer-people. They’re no longer thinly disguised versions of my sister, my friends, and me. :-)

The early version of the book was written for younger readers. Lena, the main character, was fourteen years old, and her concerns revolved around her family and her desire to surf. Once I decided to turn the book into a YA novel, I aged Lena to sixteen. Her concerns also became “older,” centering more on her friends, her boyfriend, and her desire for independence.

Do you have a mermaid book, movie, myth, etc. that is your favorite?

In books, I really love Mary Pope Osborne’s MERMAID TALES FROM AROUND THE WORLD, which is exactly what it sounds likes – a collection of stories from various countries.

As for art books, my two favorites are MERMAIDS, by Elizabeth Ratisseau and SIRENS: SYMBOLS OF SEDUCTION, by Meri Lao. They’re full of gorgeous images and historical literary references to sea creatures.

I confess I haven’t read any of the current YA mermaid books, because I don’t want to be influenced (even unconsciously) by the other authors’ vision of undersea life … so I can’t claim a favorite among them. I will make an exception when YOUR book comes out, Jackie. :-)

In movies, I love “Splash” and “The Secret of Roan Inish.” And come on, who doesn’t love Disney’s “Little Mermaid”?! If we go waaaay back in time, “The Incredible Mr. Limpet,” a 1960’s classic with Don Knotts, may have fueled my fascination with mermaids. (I hear they’re doing a re-make of the movie now. Sigh.)

In the book, we learn that the names of the mermaids come from all the waters of the world. Some of them I recognized, like Melusina, from a famous mermaid myth, or Rusalka, after the Russian water spirits. But there were a lot I didn't recognize, and I've even been researching this stuff. Can you tell us the origins of a few of the names?

Here are a few specific sources:

Amphitrite – one of the Nereids (sea nymphs) in Greek mythology; she became Poseidon’s wife.
Merrow – the Gaelic word for mermaid or merman.
Wata – taken from “Mami Wata,” an African water spirit, sometimes depicted as a mermaid.

I loved comparing your mer world to the one in my upcoming novel Between the Sea and Sky. Did you do any particular research for the story, or has it all just been in your head for a while?

I worked on this story off and on for several years, so my undersea world evolved and clarified in my imagination with each rewrite. I read plenty of fairy tales and folk tales, but there’s not a huge amount of lore about sea creatures. Did you find that to be the case, when you were working on your mer world?

Yes. So true! I combed the internet for hours digging up what I could find. My library hardly had anything... It seems that most of what is out there is for little girls, but I know I'm not the only grown woman who still likes mermaids!

I wanted to portray the world beneath the waves as beautiful and mysterious and dangerous – after all, the sea IS all of those things – but also try to address practical questions. How do they breathe? How do they talk to each other? How do they avoid discovery?

It was so much fun to envision that world. Writing feels pretty close to magic, sometimes. 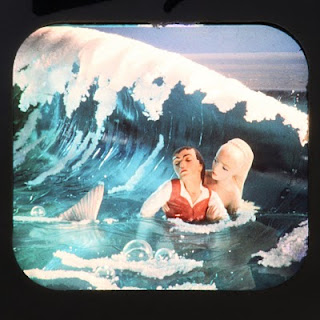 And one more question I must ask because I'm always fascinated by other people's themes--while The Mermaid's Mirror is a fantasy and more of a "girl" book than your previous (contemporary) novel, Flash Burnout, they both share a similar style of well-developed, realistic characters and world. Are there any themes you feel like both books share?

Oooh, another great question, Jackie! Both of my books explore the themes of love and loyalty – to friends, family, and romantic attachments. The main characters’ choices result in believable consequences in both books, I think.

Thank you so much for the interview, Lisa, and everybody pick up The Mermaid's Mirror come October! 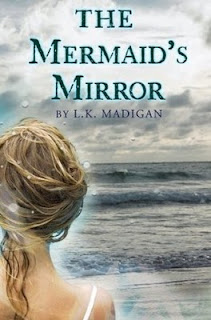 Now, if you want to win the ARCs, you get +1 entry for commenting on the post and another entry for posting the following to Twitter:

I talk mermaids with L. K. Madigan: http://bit.ly/aG4NDC RT @jackiedolamore for a chance to win Mermaid's Mirror, Matched, and Paranormalcy!

I talk mermaids with L. K. Madigan: http://bit.ly/aG4NDC Click for a chance to win Mermaid's Mirror, Matched, and Paranormalcy!

And then TELL ME in the comments or else I won't be able to keep track and you will LOSE YOUR CHANCE and it will be very sad. The contest is open to the US/Canada (sorry, I can't afford to send three books abroad, it's pricey!) and closes on Friday, September 17th.
Posted by jaclyndolamore at 3:04 PM