Every book I write is sort of a self-inflicted class on how to write a book. Every time i have new insights as to what I'm doing wrong and how to improve it. Sometimes I am just banging my head against a wall, but then when I have a new insight, it's such a magical moment, I feel like I can almost see a message appear above my head: "You've gained a level! Subtlety +1! Character Development +2!"

So here's a few things I've been learning lately.

First, here is a tip from my Twitter, a couple of people seemed to like it, so I'll mention it here too. For giving quick life to minor characters (you know, like "waiter" or "girl on street") keep some books of portrait photography in your library. While writing my Weimar Berlin-ish world I've been obsessed with the brilliant works of German photographer August Sander. He photographed people of all classes and professions. I couldn't afford the complete seven-volume set of his work but I bought a pretty decent collection and it's so great to just pull it off the shelf and immediately flip to bohemians or old farmers or whatever. 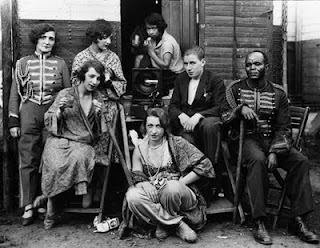 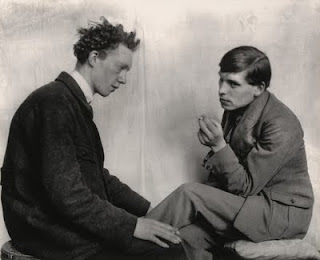 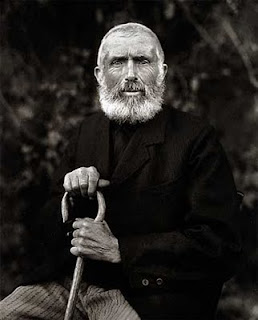 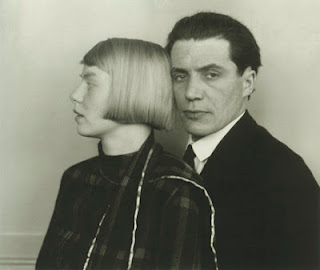 Thought #2:
Sometimes it isn't that you don't know the character well enough, it's that you've given them the wrong thing to do. I've been realizing with the Dark Metropolis sequel just how important it is to give characters scenarios in which their most interesting self can shine. In draft #1 I had theoretically interesting scenarios, but they weren't the right ones for some of the characters. My protagonist Thea is a slightly religious girl and she wants to turn to her religion for comfort but she is also questioning her faith. In the first draft, she met a character of a different religion and reacted judgmentally to him. This was true to her character, because right now she's freaking out as she deals with a lot of big thoughts. But it also made her seem narrow-minded and unappealing. I switched her circumstances around to where she was in a position of strife, trying to turn to religion for comfort and butting up against her new, shaken view of the world. Same character, same struggles, but this was a more likable, relatable position for her.

Thought #3:
If your cast has gotten too big all at once, find a way to break them up. At the end of Dark Metropolis I have a lot of people together at once. So as book 2 begins, they're still together, and...they were getting lost. It was like trying to meet characters at a really stressful cocktail party. I found a reason to break them all up again and the story got much better.

Thought #4:
Torture your characters in the book, to the point where even you might be a little uncomfortable. I have often heard advice to not be too nice to your characters, and don't be afraid to do bad things to them. I have always ignored it because I LOVE torturing my characters! Well...or so I thought. I realized I mostly torture them before the book even begins. They all have tragic pasts, and they are still dealing with the ramifications of their pasts, but I realize I rarely do anything shocking to them in the middles of books. Erris = already an automaton. Nimira = already in a low position. Alan = has a secret in his past that has been hindering his happiness. I have never made a huge game-changing tragic thing happen to a character in the middle of a book, although Magic Under Stone was a tad better. So. Gloves are off now, characters. Be warned.

Thought #5:
Characters that have been unloved are a classic of literature. I certainly wouldn't tell you to put away all your downtrodden orphans and whatnot. But I've found that unloved characters often give me a lot of trouble. I had this situation in Magic Under Stone when I wrote Ifra as having a loveless childhood, raised only to serve others as a jinn and accept his fate, but he actually showed up in my dreams and told me, noooo, he had actually been able to spend part of every year with a farm couple who treated him like a son. He drew strength from this throughout the book and it made him a lot less emo and angry and more strong and sympathetic. I realized I'm doing it again with Freddy in this book, and I want to go back and make his relationship with the man who raised him more nuanced. Good thing I still have a revision pass to go on book 1!


Posted by jaclyndolamore at 7:53 AM 3 comments:

On not being famous.

I have a confession to make.

My name is Jaclyn Dolamore and I am not famous. I have never greeted a screaming hoard of fans at BEA. My email is manageable (or when it isn't, it sadly has nothing to do with being overwhelmed with adoration and inquiries from foreign publishers). I have a curious dream of being mentioned in PW Children's Bookshelf and this dream remains unfulfilled. I'm fairly sure my royalty statement for Magic Under Stone, when it comes, might just be a piece of paper with a big sad face on it.

The thing is--this could all change. By next year things could be different. I have a new book with a new publisher that I'm super excited about. The Magic Under Glass movie could actually be produced and be an indie sensation or something. My career, far from being dead, feels like it's only just beginning.

But right now? You wouldn't know it. Things are pretty quiet around here. My Google Alerts usually just reports my own blog posts to me. Basically, no one is paying attention to me and it is a tiny bit scary, in a way, because I can see how quickly a career can die, three books passing into the mist, picked up occasionally by a child in the library, this moment largely unknown to me. Eventually it would just be an amusing story to tell future acquaintances: "Yeah, once I had some books out, even a movie deal. Check out the Spanish edition. Pretty wild, huh?"

This forgotten place can be a scary one for a writer. Even if, as in this case, I DO have other things lined up. I'd imagine it would be even worse if I didn't.

But I've often seen published authors tell the unpublished the following: "Enjoy this time while you're unpublished. Things will never be the same again."

It's true. They won't. And I found that nothing changed my writing like publication, and not necessarily for the better. I can't say I didn't have fun writing Between the Sea and Sky and Magic Under Stone, but...it wasn't like the old days. Words did not fly from my fingers with joyous abandon. It was 1000 words a day, every day, under deadline, occasionally interrupted by a reworking of portions, and finally, a manuscript turned in on the day it was due. I often took breaks to Google-stalk myself. I watched my Goodreads ratings start out strong when a book was released and then drop and drop (apparently, the nicest reviewers are the quickest, and it's rather downhill from there). For me, the worst part was not nasty reviews. It was general apathy. It was the 3.52 overall rating for a book I loved a lot. It was the reviewers that were fairly nice but made a comment that hit a little too close to my own perceived weaknesses. It was the tormenting thoughts of "Maybe I am only a three and a half star writer." It was the circles in my mind of "Maybe if my tweets had just been funnier" or "Maybe if I was better at remembering book blogger's names..."

I tried to block out these feelings. I tried to block out the review websites too. But it trickles in. And sometimes it made me angry, even though there wasn't really anything specific to be angry at...except, perhaps, my own human folly, for wanting publication and validation so badly and then flailing when I actually got it. The innocence and sheer joy of writing in my teens and early twenties was gone and even with all the new joys publication brought (and I don't want to sound too mopey, there are MANY), a part of me was simply wrenched by the loss.

A funny thing has happened to me this year. I'm once again under contract and under deadline, but it feels different this time... It feels oddly free. I am just writing, not worrying about what my new editor will think of book 2. I'm not really worrying about what ANYONE thinks, at least, not much. I'm wondering if I'd be able to manage this if I was getting a lot of attention for my current books. Even positive attention has a definite effect. It's motivating, yes, but it's also distracting--like trying to write while having a buzz. There is no telling, now, if this feeling will remain after Dark Metropolis comes out. Maybe I've changed for good, by having gone through three books already and the whirlwind of highs and lows that comes along with them. But I know it's possible that I'll be distracted again. And I have a feeling that the more successful future books are, the more I will have to battle against this sense of distraction.

So, just like I would advise an unpublished writer, but with even more awareness of what I speak, I'm cherishing this time out of the spotlight. I'm reveling in the quiet and clutching my characters and worlds close, keeping them largely to myself and enjoying them immensely. I am grateful, in fact, for this time, for this chance to remember what writing means to me, and for me, and not for anyone else. I spent the week of BEA sitting quietly in my office, pounding out words, thrilled and excited by the way my new novel is clicking. Sometimes I forget for a moment, that this is what being a writer is really all about. Not reviews, appearances, fan mail, retreats, covers, foreign rights, movie deals, tweeting, blogging, Facebook fan pages, websites. None of that.

Just a girl.
Her computer.
And a story that makes her glad she is human, even though being human is hard, because humans can tell stories.

Between the Sea and Sky playlist

A little while ago someone asked if I had a playlist for Between the Sea and Sky!

So I made one at playlist.com:


I can't seem to get the player to appear embedded, sorry...


But of course, playlist.com is limited, so I must tell you that if there is ONE SONG that sums up Between the Sea and Sky, it is Oka no Machi from the Whisper of the Heart soundtrack:


I also had to make a few substitutions for playlist.com. I listened to a LOT of Italian mandolin music (yes, the same CD played in what was then my local pizza restaurant, I noticed...funiculi, funicula!) and they didn't have any of that available so I substituted a Sicilian tango... And the song from Laputa would be better as an orchestral instrumental.


As you can see, I had a very soundtracky soundtrack for this book. And when it was done, I was dying to rock out. But I had to get to work on Magic Under Stone...I'll try to share a playlist for that one soon too!
Posted by jaclyndolamore at 1:33 PM 1 comment: