Automata at the Morris Museum in New Jersey!

It's been over five years since my girl-meets-clockwork-man love story Magic Under Glass was released, but the fascination for 19th century mechanical entertainment remains as strong within me as ever. I'm talking about automata and mechanical music devices, and it turns out the Morris Museum in New Jersey, just a few hours north of me, has an amazing collection.

So I recently went on a wee road trip. We arrived just in time for the daily demonstration at 2 pm. I got to hear, among other things, one of my favorites, the Violano-Virtuoso, an early electric device that starts up with an exciting stirring of machinery and plays a violin by way of a music roll in the lower cabinet. Then we got to see two automatons in action, slowly moving their limbs in a semblance of life--an eerie sight.

Even when they weren't moving, the automata were very photogenic. This was the largest one: 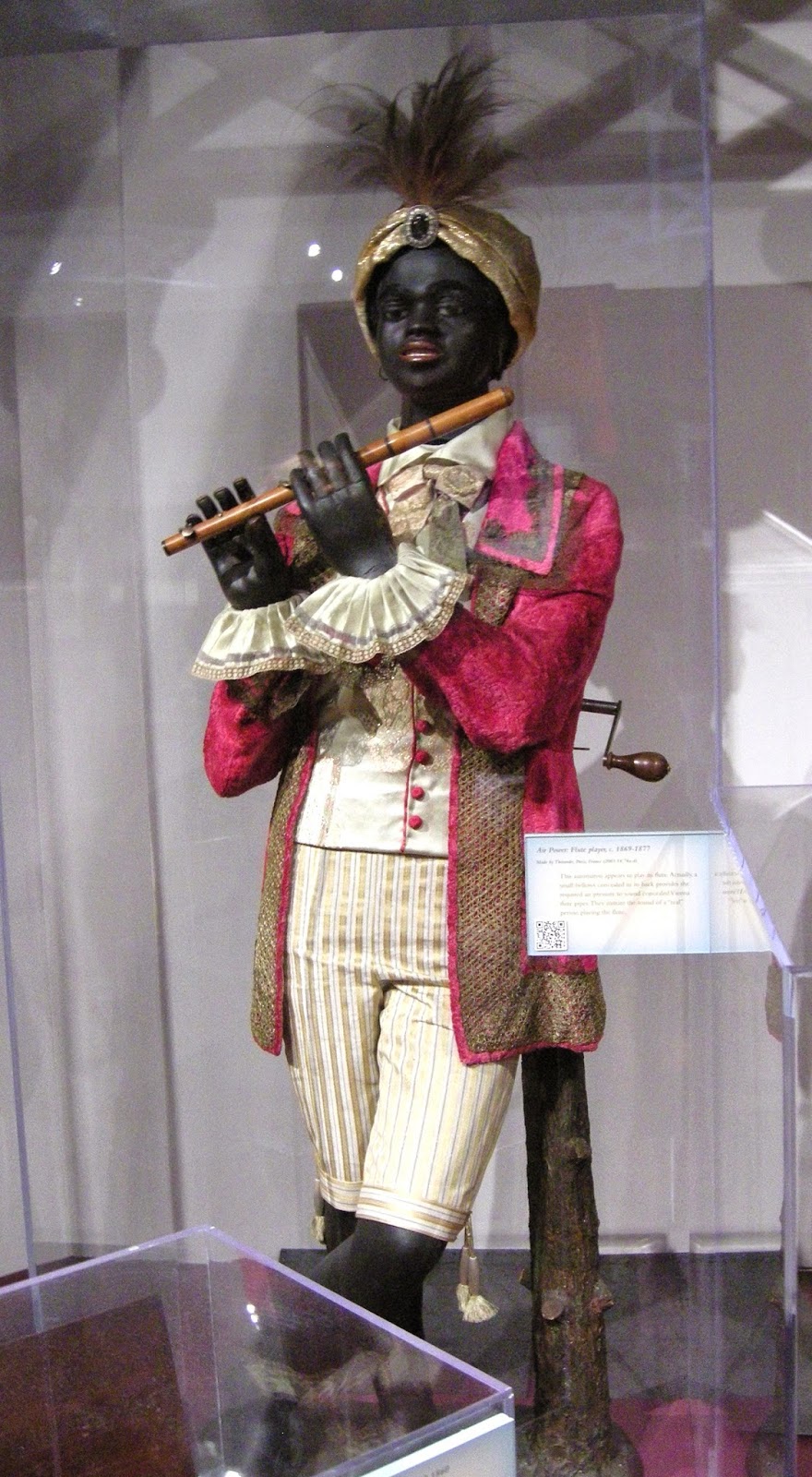 This ethereal ballerina reminded me of the UK Magic Under Glass cover. 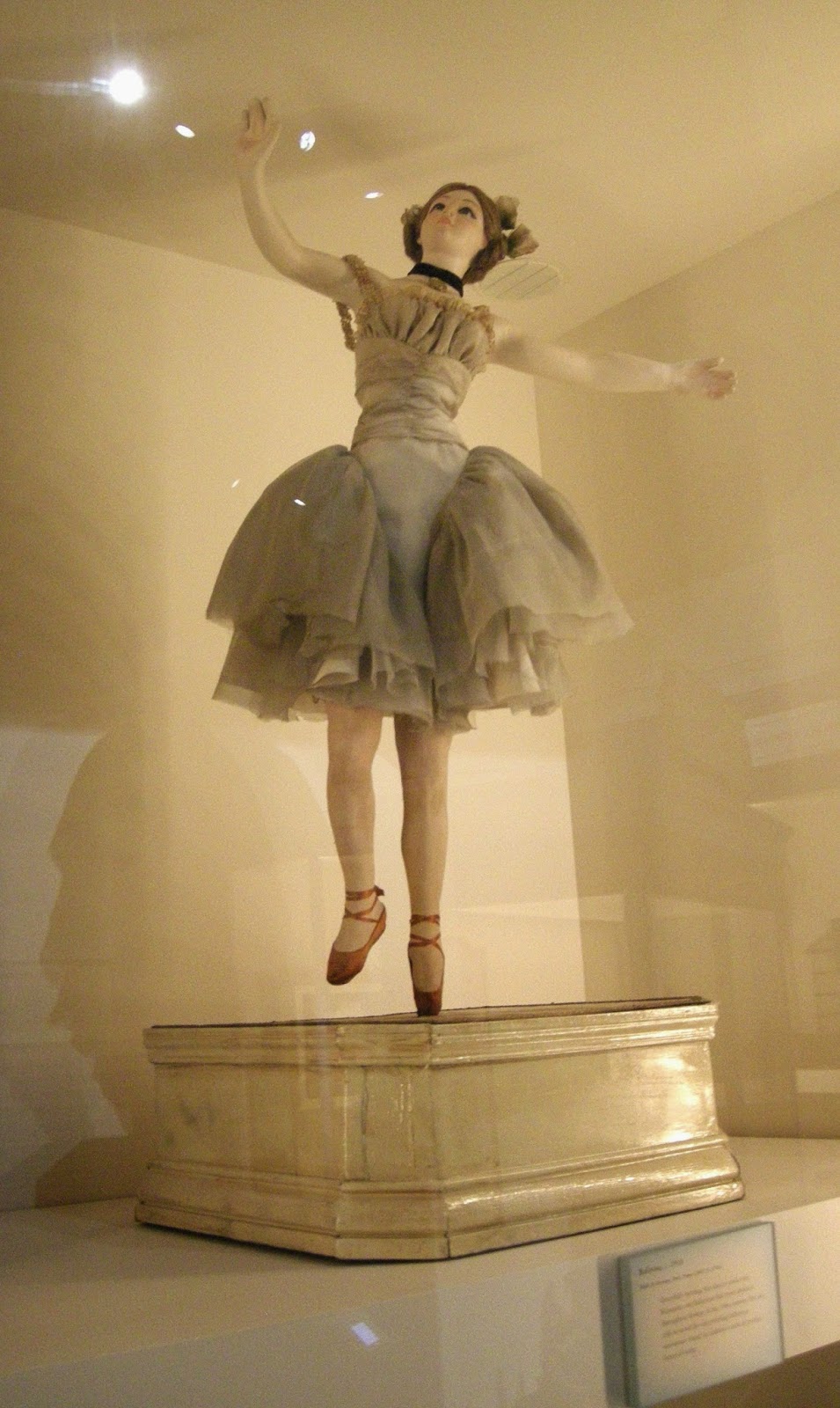 Speaking of, how about Girl and Creepy Monkey Under Glass?: 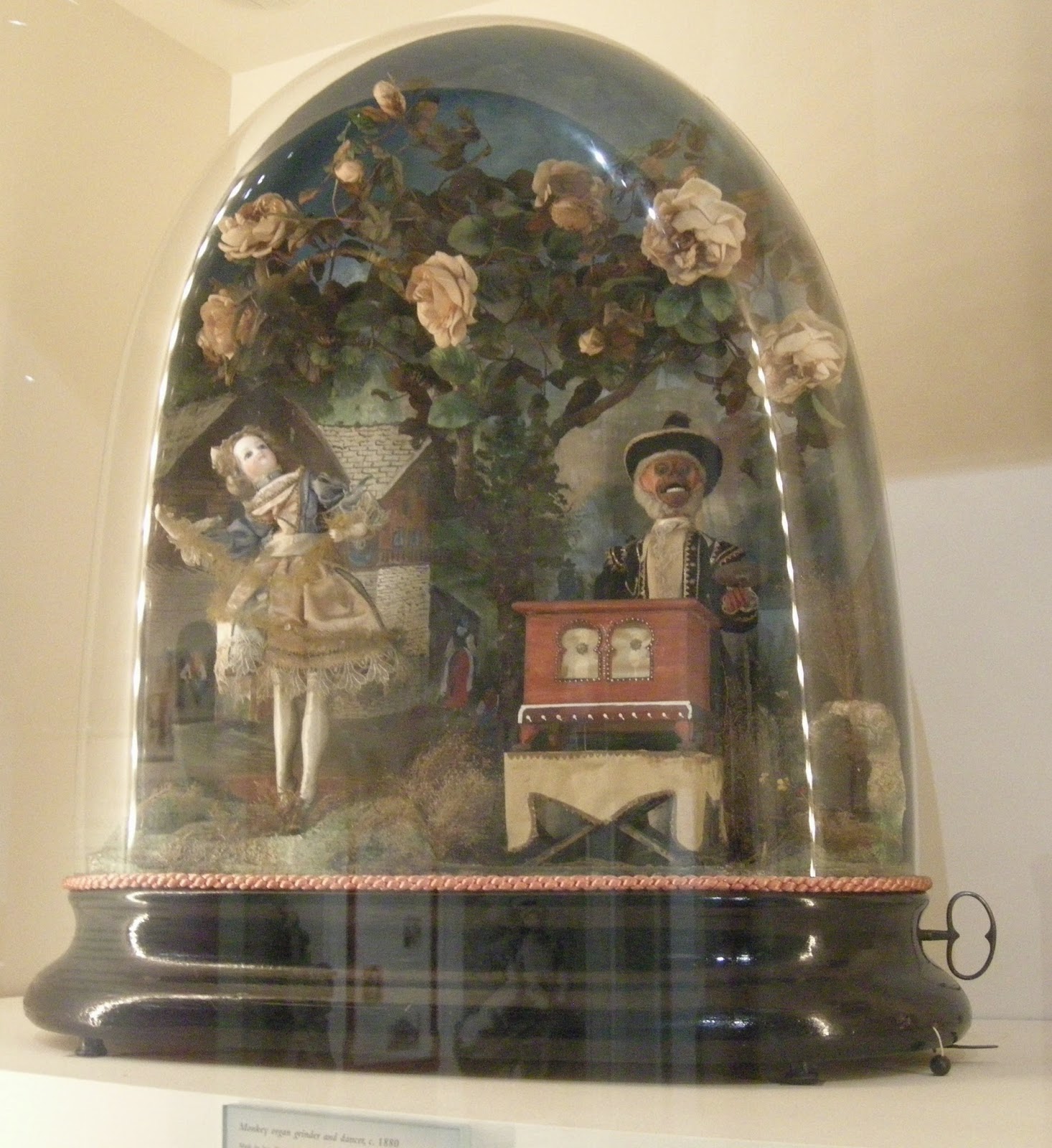 Many of the automata were under glass domes, and those scary monkeys were a popular theme as well! Apparently most automaton makers were French, and the monkeys were mocking the French aristocracy. Monkeys aside, many of the themes in Magic Under Glass were present in this exhibit, such as the 19th century fascination with Orientalism, leading to exotic figures reminiscent of Asia and the Middle East, that Nimira's "Trouser Girl" act was based on. I loved this belly dancer: 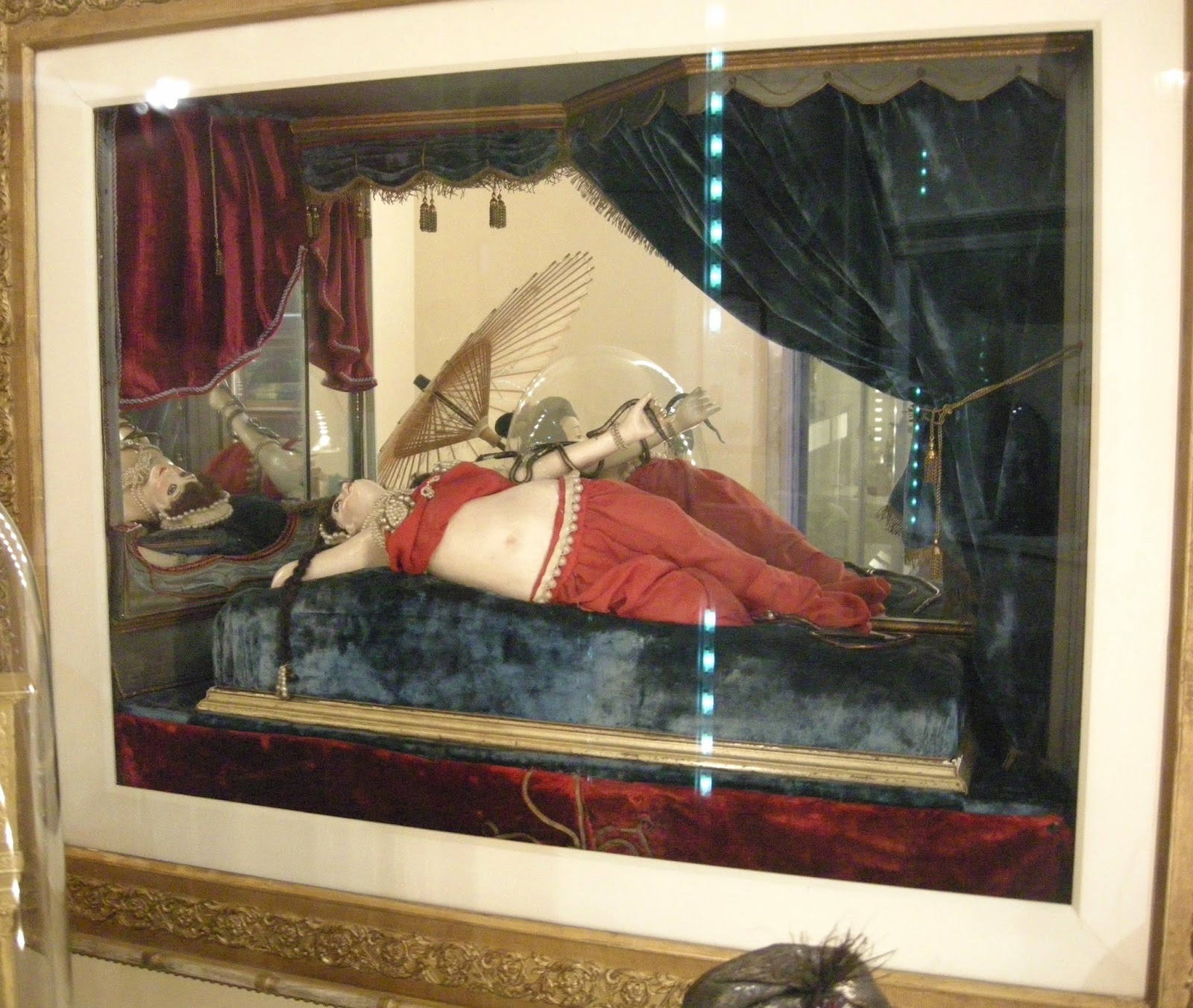 Finally, I will leave you with this (possibly taxidermied?) cat: 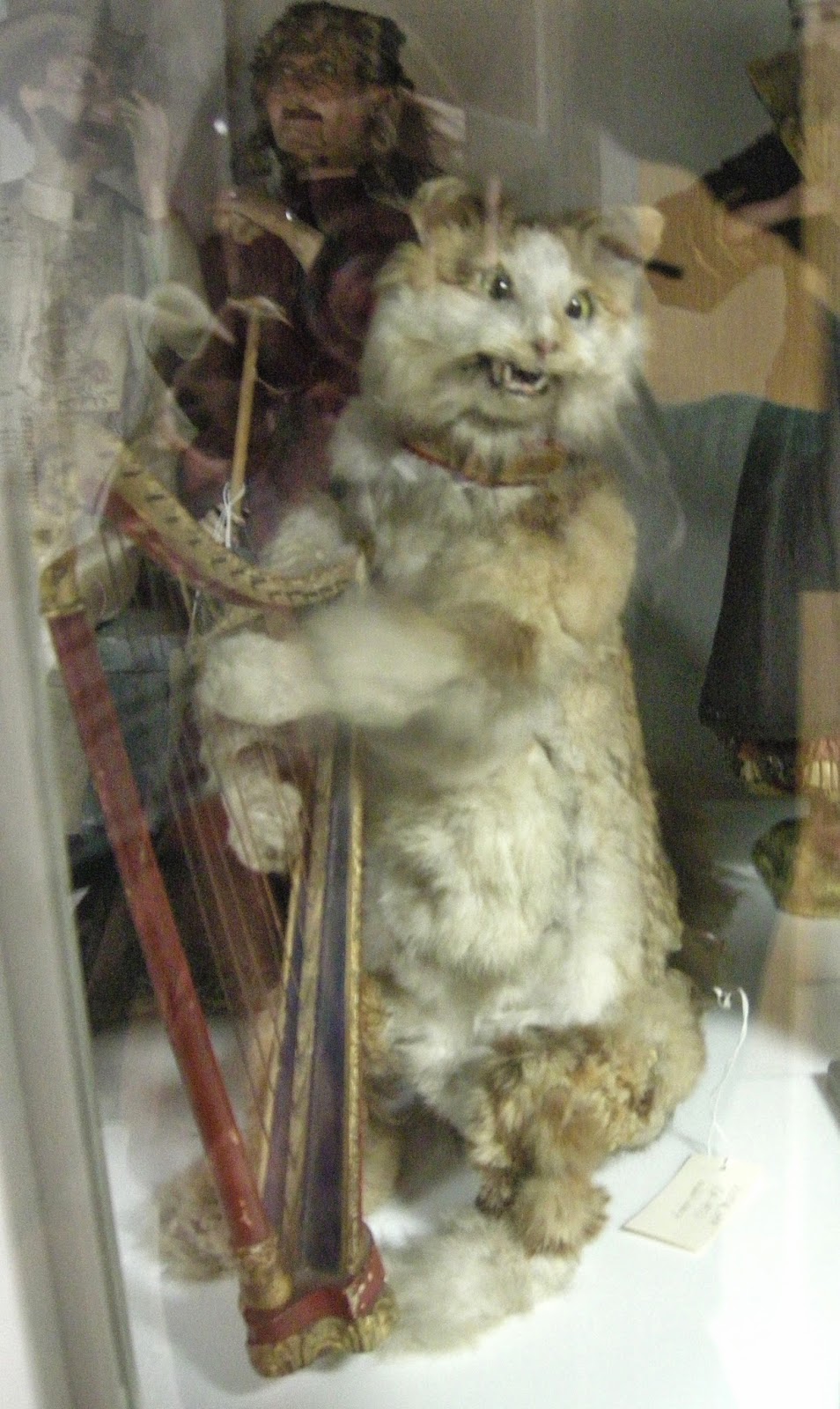 More photographs will be available at my author Facebook page. And if you're in the area, the Morris Museum is definitely worth a visit!


Posted by jaclyndolamore at 7:29 PM 2 comments: